The Princess and the Fisherman


Beggar Princess | The Fisherman & The Sea

Made with special paint - tempera gouache, mixed with egg yolk. Are you interested in using this image for your website, your communication, or to sell prints? Though maybe quirky and a bit left-field for some, The Fisherman's songs will quietly pull you in with humorous pop elegance. Streaming and Download help.

The Princess And The Fisherman

Expansive music that has the gentle hush of ambient and the insistent pulse of post-rock; enveloping and absorbing. The Midnight Sun by C Duncan. Gorgeous synth-soaked electropop with cover art to match from Glasgow's C Duncan. 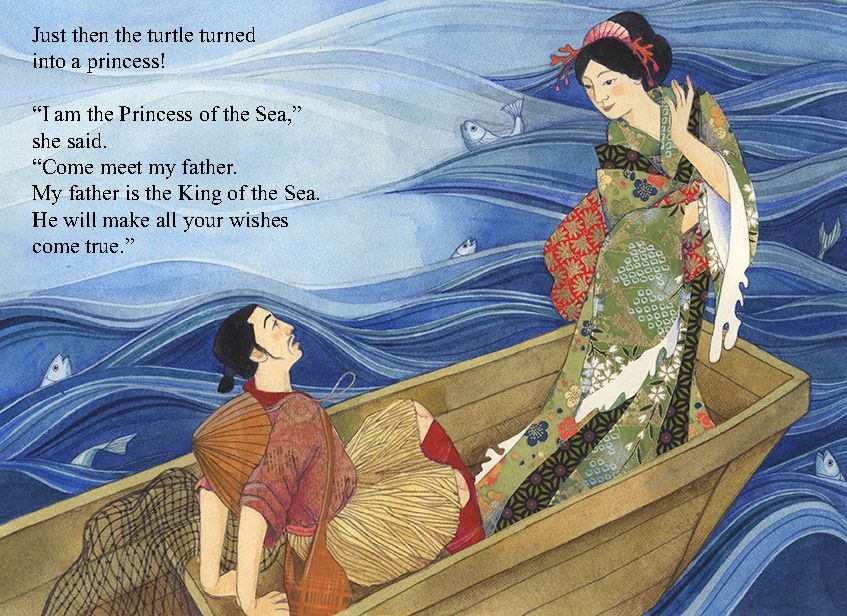 Princess in her room in the tower overlooking the river. Fisherman on the river. Lady in waiting talking to the King. Fisherman being brought before the King.

Fisherman playing flute at the base of the tower. A long time ago, a princess lived in a castle beside a river. The princess was incredibly beautiful and her father had her put in the tower room of the castle in order to keep all but her immediate family from gazing upon her. In her tower, the princess spent many hours reading and doing embroidery and waiting for the prince that she was destined to marry.

The princess spent many afternoons gazing out her tower room at the river that ran beside the castle. She often wondered what the river saw as it flowed beyond the castle.


One afternoon as she sat watching the river, she noticed a small boat coming towards her. As the boat neared the castle she noticed a strong, young fisherman inside. He took out a flute and began to play the most beautiful music the princess had ever heard. The song spoke to her of feelings for which there are no words and all of the most beautiful things on earth. Eventually the fisherman drifted past the castle and his song was lost to the princess. The next day the princess again sat besides the window gazing down at the river in the late afternoon and again the fisherman passed by and began playing his beautiful, haunting music.

The Fisherman & The Princess

The princess was once again captivated, but being very shy did not know how to let the fisherman know how much she liked his music. Then she glanced over at the flowers in her room and began plucking the petals and sending them down in a shower upon the river.

This continued every day with the fisherman coming and playing his flute and the princess sending showers of flower petals down on the river. The princess began to fantasize that the fisherman was really a prince and one day soon he would come to marry her. She also began to hear the beautiful melody that he played in her dreams at night. Then one day the fisherman did not appear beneath her window.

When he found out he was afraid to return. The princess stayed by the window until the last ray of sunlight fell across the empty river. The next day the princess again waited beside the window searching for a sign of the fisherman, but he still did not appear.